Vietnam’s new Prime Minister Pham Minh Chinh seems to have planned his rise to power very well. In 2009, when Chinh was still deputy head of the General Department of Intelligence at the Ministry of Public Security, he co-authored a book on the Vietnamese economy, burnishing his credentials for the current job. Two years later, Chinh, by then Deputy Minister of Public Security, turned civilian in order to serve as party secretary of Quang Ninh Province.

There, Chinh transformed the local economy, earning himself the reputation of being a capable and reformist governor in the process. His 2015 transfer to the Communist Party of Vietnam’s Commission of Personnel and Organization, which orchestrates the Party’s top leadership changes, proved to be another strategic step, paving the way for him to become prime minister. Chinh’s ambition may not end there.

But for now, as head of government, Chinh’s future depends on what economic plans he has, and how he executes them. This will shape not only Vietnam’s economic performance over the next five years but also his political prospects.

Inheriting a robust economy from his predecessor Nguyen Xuan Phuc, Chinh is off to a comfortable start. Last year, with a growth rate of 2.9%, Vietnam was one of the few countries that could keep its economy afloat against the COVID-19.

Still, the prolonged pandemic means that growth will continue to be constrained. Moreover, with the CPV’s goal of turning Vietnam into an upper-middle-income economy by 2030, and a high-income economy by 2045, Chinh will be under huge pressure to deliver strong growth rates.

At his first cabinet meeting on Apr. 15, Chinh provided some important instructions that reveal his short-term economic priorities.

First, he wants to speed up the COVID vaccination program and consider the adoption of a “vaccine passport” mechanism to facilitate the reopening of the country to foreign tourists and business travelers. In 2019, Vietnam received 18 million foreign travelers, with tourism contributing $31.6 billion to the economy. But with international borders closed since March 2020, the industry is now on life support. Reopening Vietnam to foreigners will be an immediate priority. 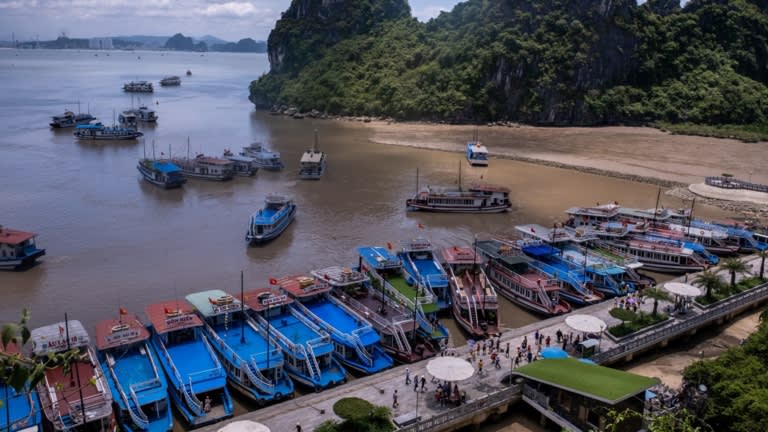 Second, Chinh plans to speed up public spending on major infrastructure projects to stimulate growth and improve connectivity. The north-south highway project will be a key priority, as will more seaports and airports. There are also signs that the north-south high-speed railway project may be back on the agenda. Chinh has ample room to increase public spending, with Vietnam’s public debt now down to 55.8% of GDP.

One cabinet meeting cannot provide enough clues on all Chinh’s economic plans. The public will have to wait until Chinh’s new ministers are fully installed by the new National Assembly in July to learn more, while some of his long-term economic policies will only be revealed at the fifth plenum of the CPV Central Committee next year.

Yet, there are indications that Chinh may consider the establishment of special economic zones, or SEZs, as a top priority. Chinh is known as a key sponsor of a bill on SEZs, which was expected to set the legal framework for the establishment of three SEZs in Van Don, Bac Van Phong and Phu Quoc Island.

That bill was postponed following public demonstrations in June 2018 driven by public concerns about the relevance and efficiency of SEZs, as well as the misplaced perception that Chinese investors would swamp SEZs in order to undermine Vietnamese sovereignty.

This time around, Chinh appears to support a modified version of SEZs, which does not require the establishment of separate administrative units, with such mini-SEZs to be integrated into existing urban centers.

For example, Chinh’s government has commissioned studies for the establishment of international financial centers in Ho Chi Minh City and Da Nang, which will not compete with major financial hubs such as Hong Kong or Singapore, but instead focus on certain niche areas such as fintech.

The proposal for the Da Nang financial center, which is led by Imex Pan Pacific Group, is also said to include a wide range of related services, including duty-free zones, resort hotels and casino entertainment complexes.

In addition, there have been proposals for mega economic zones. For example, a 32,000-hectare economic zone in Long An Province is being proposed, which aims to drive regional growth through the development of high-tech industries and high-tech agricultural projects. Similar zones may be proposed elsewhere, such as in Tay Ninh Province, in the next few years.

Given Vietnam’s ambitious development targets, these economic initiatives may gain renewed momentum. Chinh’s idea is to create new growth centers supported by economic policies and administrative reforms beyond tax or land incentives that will drive the national economy toward sustainable and innovation-based growth. The goal is to help Vietnam escape the middle-income trap and achieve high-income status by 2045.

Whether Chinh’s economic visions materialize remains to be seen. However, given his new position, he is in a much better position to bring his plans to fruition. If so, his habit of having everything well planned will pay off once again, further strengthening his political prospects.

Le Hong Hiep is a senior fellow at the Vietnam Studies Program of the ISEAS — Yusof Ishak Institute, Singapore.